> Enabling citizens' voices, interests and experiences to be heard and taken seriously in decision-making across multiple governance levels 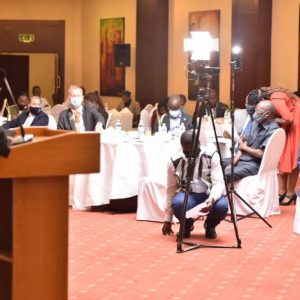 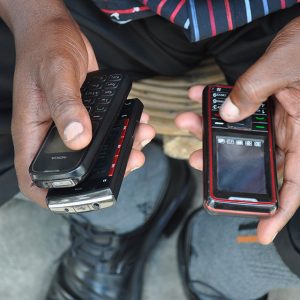 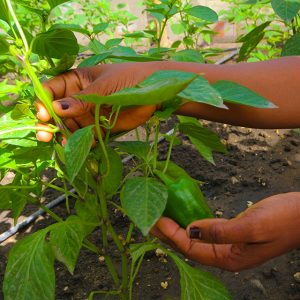 Livelihoods Under Corona: livelihoods and agriculture

HOW WE DO IT

Sauti za Wananchi has two phases; the first is a traditional household survey. Ten randomly selected respondents in 200 randomly selected villages or streets (enumeration areas) are visited and interviewed. Twaweza also gives out phones (because poorer citizens are much less likely to own mobile phones already and so would be less likely to be able to participate in the survey otherwise) and solar chargers (because many households are not connected to the national grid). These 2,000 citizens are the Sauti za Wananchi panel who are called every month and interviewed about different topics.

Random sampling ensures that the panel represents the country. This can best be understood through thinking about tasting a salad – you don’t have to eat the whole thing to know what it tastes like. The sample size for Sauti za Wananchi is comparable to other globally recognised polls. And the sample closely reflects the characteristics of the populations in the three countries in their censii.

If you want to make use of the Sauti za Wananchi infrastructure, read our Third Party Policy and contact us.

Read the handbook (produced in collaboration with The World Bank)

Sauti za Wananchi supports line ministries and service providers to understand whether citizens know policies and laws, how well policy is practiced and citizens’ opinions on the same, as well as citizens’ views on current issues.

A number of government institutions have reached out for more detailed briefings or co-designed call rounds.

Sauti za Wananchi is focused on benchmarking citizen experiences to government entitlements and standards as well as international commitments.

At local level in particular, the focus is on co-design of the research to ensure it is useful to local authorities.

Sauti za Wananchi is a critical engine for Twaweza’s advocacy: since we are collecting and disseminating citizens’ voices, elected governments are obliged to pay attention.

Sauti za Wananchi has contributed to policy and practice changes, as well as government action and debate.

Institutions that have requested to collect data through Sauti za Wananchi: The Police Force of Tanzania, The Independent Police Oversight Authority (Kenya), the Ministry of Education and Vocational Training (Tanzania), the National Audit Office of Tanzania, Jukwaa la Katiba (Tanzania)

If you want to make use of the Sauti za Wananchi infrastructure, read our Third Party Policy and contact us.

Users appreciate the emphasis on quality, the packaging of the information and engagement with stakeholders.

The media have used Sauti za Wananchi products in reporting especially around the elections.

Generally, we aim for Sauti za Wananchi to contribute to

WHAT WE HAVE LEARNT

In general, Sauti za Wananchi maintains a high response rate from the panel, between 87% and 95%. Ensuring these respondents stay with us for the whole journey needs careful management

Through keeping a constant eye on the response rate among the panel, Twaweza has ensured that relatively few members of the panel have dropped out.

If somebody was calling you every month and asking about different topics, it might cause you to pay more attention to those topics. Or it might make you aware of something you did not know. Or it might prompt you to think differently about certain topics. Twaweza refreshes the Sauti za Wananchi sample every two years to try to guard against this affect. But in 2014 we designed a study to test whether Sauti za Wananchi respondents were influenced by their participation in the call rounds. Results are not yet finalised but initial indications show that political views are unaffected while opinions about and interest in delivery of public services do shift among respondents.

Sauti za Wananchi has been hugely successful in generating extensive media coverage and public and policy debate. However these data need to become a more regular direct input into policy discussions and decisions. Balancing between deep engagement around an individual topic and wide media coverage and public discussion is a careful craft. Thus far, Twaweza has used Sauti za Wananchi to try to influence government transparency and governance directly and worked to more generally infuse the media debate with evidence and citizens’ points of view on a range of other topics including health, food security and natural resource management.

SearchPostsLogin
Twaweza asset disposal
Call for proposals to conduct qualitative baseline study in one district in Tanzania
“President Samia and the Open Government Partnership: A Natural Fit.”
Call for Consultancy Proposals
Call for proposal for external audit of Twaweza East Africa financial statements
Statement from the Co-Chairs of the OGP Steering Committee on Ukraine