>Twaweza: putting citizens at the centre

Twaweza means “we can make it happen” in Swahili. Twaweza works on enabling citizens to exercise agency and governments to be more open and responsive in Tanzania, Kenya and Uganda. We have programs, staff and offices across all three countries, and a world respected practice of learning, monitoring and evaluation. Our flagship programs include Sauti za Wananchi, Africa’s first nationally representative mobile phone survey.  We undertake effective public and policy engagement, through powerful media partnerships and global leadership of initiatives such as the Open Government Partnership. 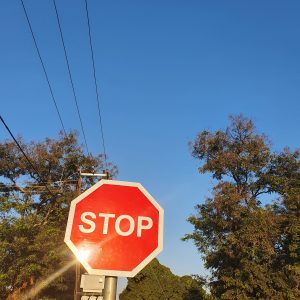 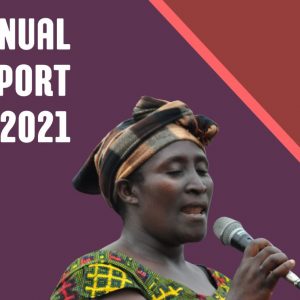 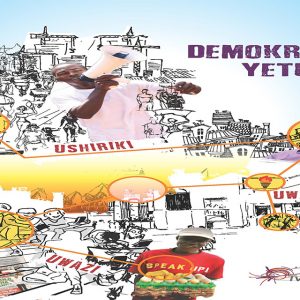 We believe in an open society, built on the human impulse to make a difference; where information and ideas flow, citizens engage, and authorities are accountable to the people.

We seek to work with and learn from others, to pursue common interests, knowing that most powerful things can only be achieved when we pull together our strengths.

We seek to practice what we preach, foster a culture of deep transparency, disclose all by default (except a narrow aspect that is private and confidential), be honest about failures and success, and share widely.

We seek to think anew, reframe, wonder, imagine possibilities beyond traditional boundaries, and to spur unusual ideas, aspirations and action.

We value big challenges; appreciate the need to think clearly through and make good judgement about scale, connection, implementation, impact and durability.

We seek quality - attention to detail, clarity and elegance - in everything that we do.

We are driven by a thirst for learning; to ask, know, understand, tinker and create.

As for the rest of the world, 2020 was an extraordinary year for Twaweza. We closed our offices and moved to working from home from 26 March 2020 until the end of the year. As such we had to postpone much of our programming but we adapted whatever was possible. We were also able to redirect some of our approaches to supporting government efforts to combat the virus.

In Tanzania, field work was on hold but we were able to conceptualise a new design and approach involving animation and the arts for Pangani district. We also conducted an introductory visit to Nyang’hwale and have subsequently been invited back to work there, and a learning visit to Mbogwe. We also used animation to work with women survivors of sexual violence in Kigoma and market women from across the country to develop priority agenda. We also worked to breathe life into the local violence against women and children committee in Kigoma through animation to combat pattern of sexual violence that had been unearthed by community level animation there. We also worked to ensure civil society voices influenced the proposed government program to strengthen local governance and
development.

In Uganda, the community level work. Was still in its infancy at the beginning of 2020 and so we were forced to put it fully on hold and work on tweaking the design and materials. However we were able to redirect some of our energies into supporting Fun Factory comedy group to produce skits and the popular ‘Yambala Mask’ song and video about Covid-19 self-protection based on Sauti za Wananchi data.

In Tanzania, we continue to be unable to constitute a new Sauti za Wananchi panel or publish any citizen polling data we collect. However, our collaboration with Maa Media on the
MbungeLive show continued to develop: 17 episodes featuring MPs’ implementation of their campaign promises were aired on national TV and Twaweza engaged with the MPs featured.
Follow up interviews reveal a number of actions by MPs in response to the show including changed behaviours such as announcing public meetings with special trucks and playing recordings of themselves in Parliament to their constituents. We also capitalised on two new opportunities around the elections: to support the launch of the youth manifesto and to provide voters’ education through market women as well as supporting them to develop an advocacy agenda.

In Uganda, we were able to repurpose Sauti za Wananchi immediately to provide data on citizens knowledge, attitudes and practices around Covid-19 as well as their experiences. We shared our data with the risk communication pillar of the National Covid-19 Taskforce and influenced their messaging, and we were asked by the Ministry of Health to collect the same data at border hotspots which we were able to do. We also shared data with different
government institutions for a number of policy reviews.

In Kenya, we formally shared data from the Makueni baseline with six different sector county government teams including directors and other officials. We engaged directly with the
Governor to share our data which fed into the 2020/2021 budget. We also decided to create a special national panel o track Covid-19 perceptions and experiences although we were less successful in sharing these with government.

In both countries, we held all engagements online but nonetheless managed to generate media coverage and influence government.

Given the Covid-19 situation and the increasingly constrained space in Tanzania given the elections and attempts to downplay the outbreak, we were unable to achieve many of our plans in this mission area. However we supported the launch of a new film by two young gender activists, ultimately leading to partnerships for their new organisation. We were also able to make submissions on a series of proposed legal amendments around public interest litigation; we were responsible for generating 20% of the coverage around these amendments although we were unable to influence the amendments themselves. We also worked with JamiiForums to generate hundreds of articles and posts on civic space, services, and governance issues.

In summary, we accounted for coverage, quality and obtained feedback from the majority of our initiatives, and we used the information to shape our planning going forward: we tracked our government engagement in Uganda with outcome mapping; we finalised research around constituency screenings of the MbungeLive show; we conducted baseline and endline research for our partnership with the Christian Social Services Commission; we oversaw qualitative formative research in five counties in Kenya; and we completed research on civil servants’ perspectives on access to information and participation. We also focused extensively on internal learning and engagement sessions to ensure the team stayed connected and engaged during this difficult period.

The country-wide slowdown in Tanzania had a significant impact on operations. Nonetheless we were able to complete all our key deliverables for the intervention and research. We devised new online sessions with regional coordinators, we completed program communication to teachers by phone and we were able to complete testing in-person at the end of the year. We have evidence of learning improvements and of increased knowledge among our key government implementing partners.

OUR OWN TRANSPARENCY AND ACCOUNTABILITY

Value for money is at the heart of our procurement processes, ensuring that funds entrusted to the organization are spent in a manner that is responsible and smart. Twaweza has developed a procurement system which gives equal opportunity and fair treatment to all prospective suppliers, contractors or consultants. Proper tendering processes, where quotations are sought from several suppliers or bids invited through advertisement are in place for all procurement exceeding certain amounts. Furthermore, Twaweza has developed a system where all its contracts with suppliers, contractors, or consultants are paid based on outputs delivered. Payments are only made after an output analysis has been performed and an assessment on the value of the deliverables. Outputs required for each contract are carefully analysed and reflected into contracts to ensure agreement and clarity on both sides. All these ensure that Twaweza receives the greatest value for money in terms of price, quality and time of delivery at all times.

In addition, and to ensure transparency around financial reporting, Twaweza has implemented a web-based accounting package which is accessible for viewing by all staff across the three countries, with the right to edit/ modify accounting information restricted to finance staff. Access to view the financial information is also granted to key partners such as donors, external auditors and internal audit consultants. The purpose of this is to allow for greater transparency across the organization and enabling staff to become more organizationally aware. In most organizations, finance aspects are the responsibility of a single unit and the rest of the team are not aware of, or involved in, understanding the organization’s expenditure from an overview perspective. Giving viewing rights to all staff in Twaweza means that they can monitor their expenditure, extract key reports on their own, and develop greater awareness of the budgetary and financial aspects of the work that they do.

Twaweza prepares general purpose annual financial statements in accordance with the requirements of International Financial Reporting Standards (IFRS). The audited financial reports are audited by an internationally reputable firm appointed by the board. Issues arising are addressed and once satisfied the documents are authorized for issue. At this point, the financial statements are shared with donors and other key partners and published on the Twaweza website.

Since 2014 wherever and whenever possible, all financial transactions are handled in a manner that is electronic. The key objective of this is to minimize risk to the organization. Wherever there is cash to be handled, there also exists a potential risk of theft and fraud. However, where strong financial controls are coupled with trust in secure systems, this risk is curtailed. We are working towards having this also be the way in which our partners work with us, and have expanded the use of bank account payments, minimized the use of petty cash payments, and further implemented the use of mobile money.