“President Samia and the Open Government Partnership: A Natural Fit.”

“President Samia and the Open Government Partnership: A Natural Fit.”

From calling on citizens to actively report corrupt practices, to endorsing reforms on media laws to initiating dialogue over the political future of the country, since she took office, President Samia Suluhu Hassan has been promoting and practicing the three core values of open government – transparency, inclusion and accountability.

In February 2022, speaking at a public rally in Bunda, Mara region, the President appealed to citizens to speak up against corruption and to take ownership of development projects in their area. “The projects carried out here are yours” she said, “follow them up. If no progress is made, speak up.”

A month later, when receiving the Controller and Auditor-General’s (CAG) report, she asked the CAG not to hesitate from stating uncomfortable truths. “If there is any parastatal that is not doing well, tell us about it. If a governing board is not doing its job properly, let us know about it as well. When we expose its inefficiency, that’s when we can improve it. If we don’t speak up, we will not be able to fix it and we will hurt citizens.”

President Samia’s efforts to cool the country’s political climate have also been in evidence. She’s met with opposition party leaders and acknowledged the importance of human rights defenders. In late May, she attended a book launch and concert hosted by hip hop artist and opposition party politician, Joseph Mbilinyi, also known as “Sugu.”

The President’s demonstrated instinct for accountability and inclusive governance reflects what citizens want. In a 2018 Twaweza survey, over 60 per cent of Tanzanians said they want the media to criticize wrongdoing and report on government mistakes, while 58 per cent wanted independent groups to voice their views and hold meetings free from government interference.

The world is also noticing. Making the case for her as one of Time Magazine’s 100 Most Influential People, Liberia’s former president, Ellen Johnson Sirleaf, said

“[That] year has made a big difference to Tanzania. A door has opened for dialogue between political rivals, steps have been taken to rebuild trust in the democratic system, efforts have been made to increase press freedom, and women and girls have a new role model.”

Tanzania was one of the first African countries to join the Open Government Partnership (OGP) in September 2011. The OGP is a multilateral initiative bringing together governments and civil society organisations to promote transparency, citizen participation and accountability. As a member, the government made ambitious commitments to be more open to its citizens so as to improve public service delivery and to intensify efforts to fight corruption.

The early focus was on opening data. Working with Policy Forum, a civil society organization, the Ministry of Finance issued a popular citizens’ budget – ‘Bajeti Toleo la Wananchi’ – which made complex budget concepts easier for citizens to understand. Citizens’ budgets continue to be produced. An open data portal of Tanzania’s water points was built and it remains online, as is a citizen-facing website called wananchi.go.tz. Given that it is almost a decade since they were created, these websites could do with some updating of both look and content.

In May 2015, the government of Tanzania and Twaweza co-hosted the second OGP Africa Regional Meeting in Dar es Salaam. Given these efforts and progress at opening up government and making it even more responsive and accountable to citizens, the country’s withdrawal from the OGP in July 2017 was disappointing. The good news is that the doors are open for Tanzania to rejoin.

The opportunity to re-engage

As the current co-chairs, the Government of Italy and I, signed a joint letter in April 2022 formally inviting the government and country back to the Open Government Partnership. Tanzania eligibility to rejoin can be secured by simply publishing the executive budget proposal.

Benefits for Tanzania include accessing a vibrant network of government reformers from 77 countries and 107 local governments. The Partnership could also be an opportunity for Tanzania to showcase its efforts at gender inclusion, rebooting democratic renewal, and improving public service delivery.

Politicians and public officials like to cast the government as being ‘serikali sikivu’ (a government that listens)’. The OGP provides a way to convert such aspirations for transparency, inclusion and public accountability into concrete actions and measurable results. Twaweza’s experience with citizens and local government leaders in various wards and districts demonstrate this.

In Msaraza village, Pangani district, a long-time conflict over a source of water was resolved through an inclusive and candid public discussion during which residents agreed on a reduction in water prices which allowed them to get water from various sources near their homes. In Mbogwe district in Geita, residents prioritised the building of classrooms at Kasandalala Primary School, a task that was completed with the support of district authorities. In a Kigoma-Ujiji ward, after a period of cover-up and mistrust, police and health authorities are working with citizens to protect women from violent sexual assault perpetrated by ‘teleza’ criminals.

Citizens have stated their preference for more transparent and responsive leadership. The Head of State has demonstrated her assertive pivot towards greater domestic accountability by the government. In terms of aspiration, temperament and action, it is obvious that President Samia Suluhu Hassan, and the Tanzania she leads, are a natural fit for the Open Government Partnership. Karibuni! 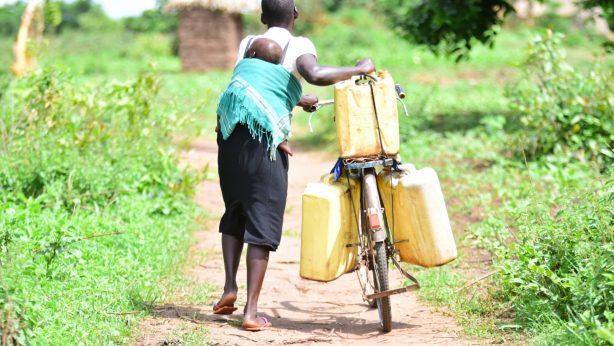 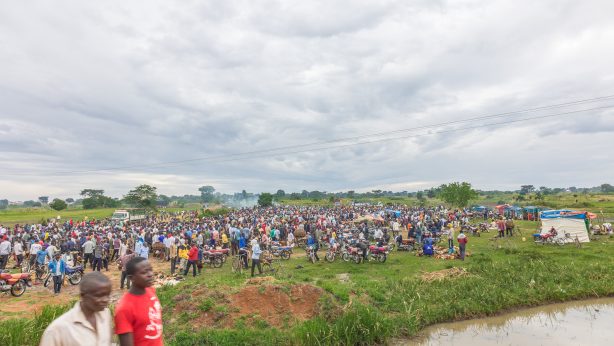 We unequivocally condemn the unjustified and unprovoked attack on Ukraine,...