Homepage Blogs At the Table or on the Menu?
Blogs, Uncategorized

“If you want something done right, do it yourself.” Napoleon Bonaparte

Proponents of citizen participation have insisted on the need to develop abilities and create opportunities for communities to be a part of the decision-making process so as to deepen inclusive governance and development.

Busona Primary School, with 700 pupils located in Namuwondo B, did not have a proper pit latrine for 10 years. Community and school administration efforts did not deliver long term solutions. And so, the communities around the school were resigned their fate; to wait for their local government.  Sixty-five kilometres away, another community in Budhubirwa village, Kamuli district, faced the same predicament around their poor road meaning this farming community had to contend with low commodity prices. 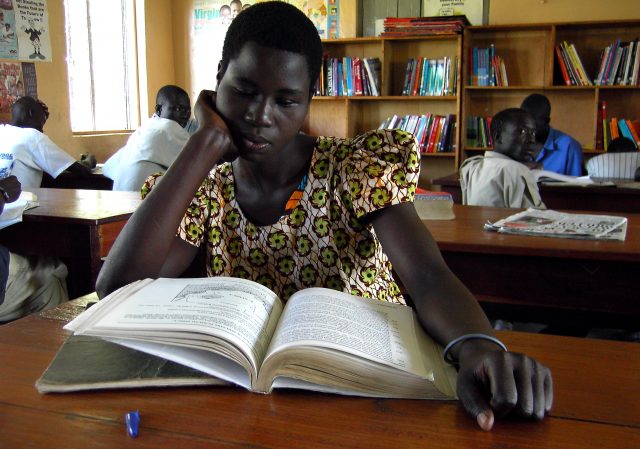 But these problems were within the communities’ means to fix.

In September 2020, local community change agents were identified and trained using the participatory action research methodology to support their communities to identify, prioritise and analyse the root cause of the problems that affected their villages. Armed with information and tools, change agents led their communities to work on the two priority problems first by pooling together their knowledge, networks and connections and identifying influential leaders to ensure that their concerns reach the table where decisions are made.

While the Namuwond B community members should have had an easy path to get the school sanitation and hygiene problem fixed within three months, it took efforts extensive efforts from the change agents. They had to visit the district planner and water officer to deliver the request for support. As a result they were invited to the district budget conference. This is the ‘table’ where the decisions that impact the day to day lives of ordinary people are made.

And they did not waste time; they grabbed the opportunity and were present when the big meeting took place. As the district speaker systematically invited the elected councillors from each community to raise their issues and requests, the change agents noticed that the leaders they had entrusted to represent them and present this issue were not present at the table.

Having listened to the speaker call out twice for representatives from their community and as he was about to move onto another community, the two change agents mustered their courage, stood up and went on to share their request for a pit latrine facility at their community school. This was granted and further approved by the district council. The latrine has now been completed.

The change agents in this community are incredibly proud of their collective achievement. The facility meets the standards required in that there are teachers, girls and boys latrines, and most importantly, the girls now have a changing room.

Similarly, the community of Budhubirwa decided to work on their community road using bulungi bwansi (community initiative) but quickly realised their limited capacity to fix the problem sustainably. As they continued to bounce around ideas for a better approach, they saw an opportunity created by the election campaigns and resolved to seek support from their elected members of parliament. The woman MP and the Speaker of Parliament came to their aid by repairing the fixed culverts, but the intervention ended there. The early success further motivated the community to navigate the challenge; they wrote to the sub-county leadership to intervene and agreed to ‘use’ the mother of the district speaker, a member of the village, to reach out to her son for support and asked their sub-county councillor to deliver their request letter for culverts. During the budget conference, the issue was presented. The speaker used his office to compel others to allocate a budget quickly. The two roads connected by the Budhubirwa swamp have been fixed with culverts and graded.

For both communities all along, they had been on the menu and had never made an effort to sit at the table, whether directly or through their representatives. Once they sat at the table, the most pressing problems were fixed.  As they undertook the journey to fix these problems, community members did not have all the tools they needed from the start; they have had to learn the craft of collecting facts, speaking up in public, appreciating the importance of attending district meetings open to citizens, tapping into opportunities that emerge and not giving up when challenged.

From these two examples, there is no doubt that animation can fire up communities to collectively look within and harness that power to solve what matters to them most. What remains to be seen is whether the local leaders will embrace the new possibilities of this form of collaboration and engagement with communities. This will help them make better decisions and attend to what is essential for communities to transform lives.

Animation empowers communities to find their voice, and identify the opportunities and spaces to sit at the table where decisions are made. With more people at the table, governance becomes more inclusive and sustainable development results follow.

This post is written by Violet Alinda, Director, Voice and Participation, Twaweza Uganda. 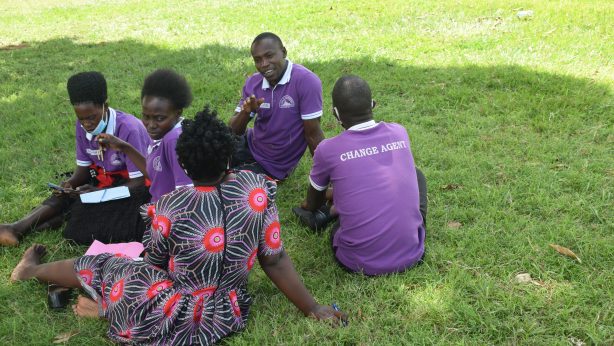 On a winding track down the village of Namuwondo B...