Nabongho Philip Dan’s feels he was born again last year (2020). He did not experience a religious conversion but instead went through this change when his village, Butobole, received visitors from Namutumba District NGO Forum. The visitors held a village meeting to introduce the Participatory Action Research project. The model helps citizens identify their problems in the community, prioritize them, and find solutions to them.

The excited group of participants saw this as a basis for transforming their livelihoods through solving their community problems. The community members were asked to choose two members (male and female) from amongst them to spearhead the project as change agents. Little did Dan know that he and his colleague, Stella Nanteza, would be chosen for the task. This was indeed the moment that Dan changed his life.

“… I will forever thank Butobole community for entrusting me with this task to be the voice of Butobole village to contribute to solving our community problems”. Dan says

Dan went through a ten-day training with 23 selected change agents from 12 villages in Namutumba district. Namutumba NGO Forum staff facilitated the training alongside representatives from their partner Twaweza East Africa. Dan mentions that during the training, he was able to acquire skills and expertise in listening, chairing meetings, prioritizing problems, and more.”

After the training, Dan and his partner Stella started implementing participatory action research activities in their community. This involved sourcing for problems, prioritising them and creating action plans and responsibility matrices to find solutions to these problems.

Dan and Stella saw success from the start as they made progress in implementing community action plans. This included protecting boreholes around the village by erecting fences around them; they also lobbied for a donation from one of the community members Mr Habibu Bakaise who funded the digging of a shallow well in Butobole village to provide an additional water source for the community to reduce the problem of insufficient water.

“This has enabled me to gain respect, popularity, confidence and how best to handle people of different categories, i.e. young, old, elderly and the PWDs leaving them all happy and transformed”. Nabongho Philip Dan

But that was just part of the transformation for Dan. The change agents receive a small monthly allowance for travel and communication expenses. Using the new sense of power and possibility imparted to him through the training and his work as a change agent, Dan decided to carefully and slowly put aside a small amount of that stipend to help boost his livelihood.

Feeling a sense of income security is an important part of encouraging change agents to continue with their work even beyond the life of the project. Twaweza’s past experiences with participatory action research interventions in Tanzania in particular show that there is significant appetite among this group to continue playing this important role in their communities even when they are no longer being facilitated. And so we are keen to ensure that the change agents establish reliable sources of income so they are freer to continue this work on a daily basis.

So Dan ventured into soya bean and rice farming to pursue his passion and find a way to establish financial security. 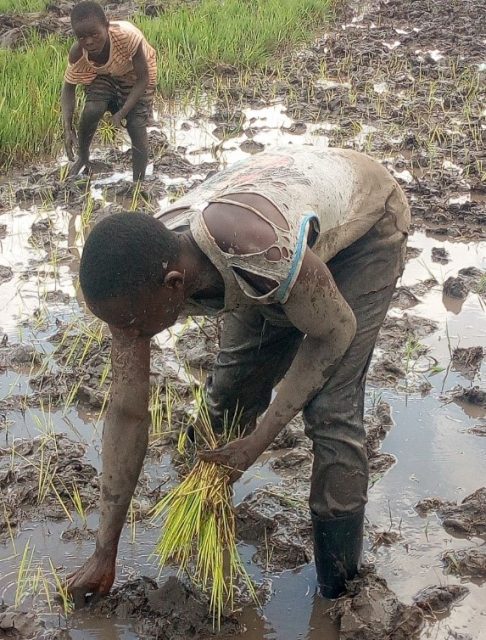 However, he missed the first farming season because he didn’t have enough funds to clear the ground, buy seedlings, or acquire pesticides. Nevertheless, Dan didn’t despair. He started small and made mistakes which helped him to learn.

“Do not be embarrassed by your failures; learn from them and start again.” Richard Branson

And Dan learnt from his challenges in the first season. In the second season, he planned better and was given a boost because his mother had the seed for soya bean from the previous harvest and a rice bed. That meant that Dan just had to spend money on preparing the ground for the two acres that cost him 60,000 shillings, planting which cost him 140,000 shillings, and weeding the soya bean crop at a cost of 50,000 shillings.

The expression: “he who laughs last laughs best” means the final winner will have more glory than someone who was winning in the beginning but ultimately lost in the end.

Dan laughed best. He endured the hustle of clearing the ground, planting, weeding, spraying, harvesting, and drying. From the modest investment he made; he harvested seven 100kg bags of rice which earned him 1,260,000 shillings and 100 kgs of soya bean that earned him 220,000 shillings from just one season.

“Believe me when I say that this is my first stepping stone to achieving more successes in life. I just pray God blesses my endeavours because l have kept positive thinking and [am] always open to learning”. Nabongho Philip Dan Change agent, Butobole Village

Tags: Citizen Agency Citizen Voices Participation
Previous Story
Engaging Citizens In The Co-Creation Of Public Services Is A Game-Changer
Next Story
At the Table or on the Menu? 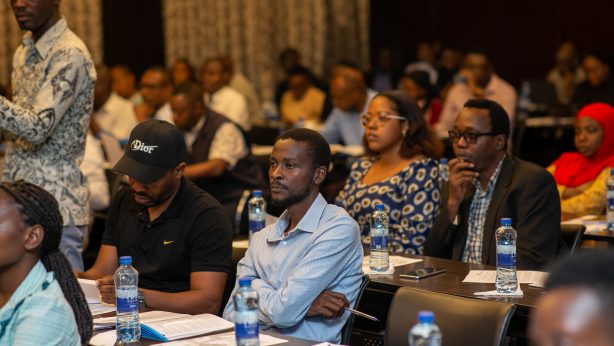 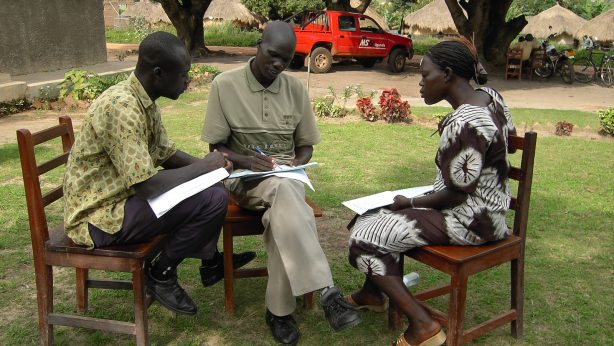 “If you want something done right, do it yourself.” Napoleon...